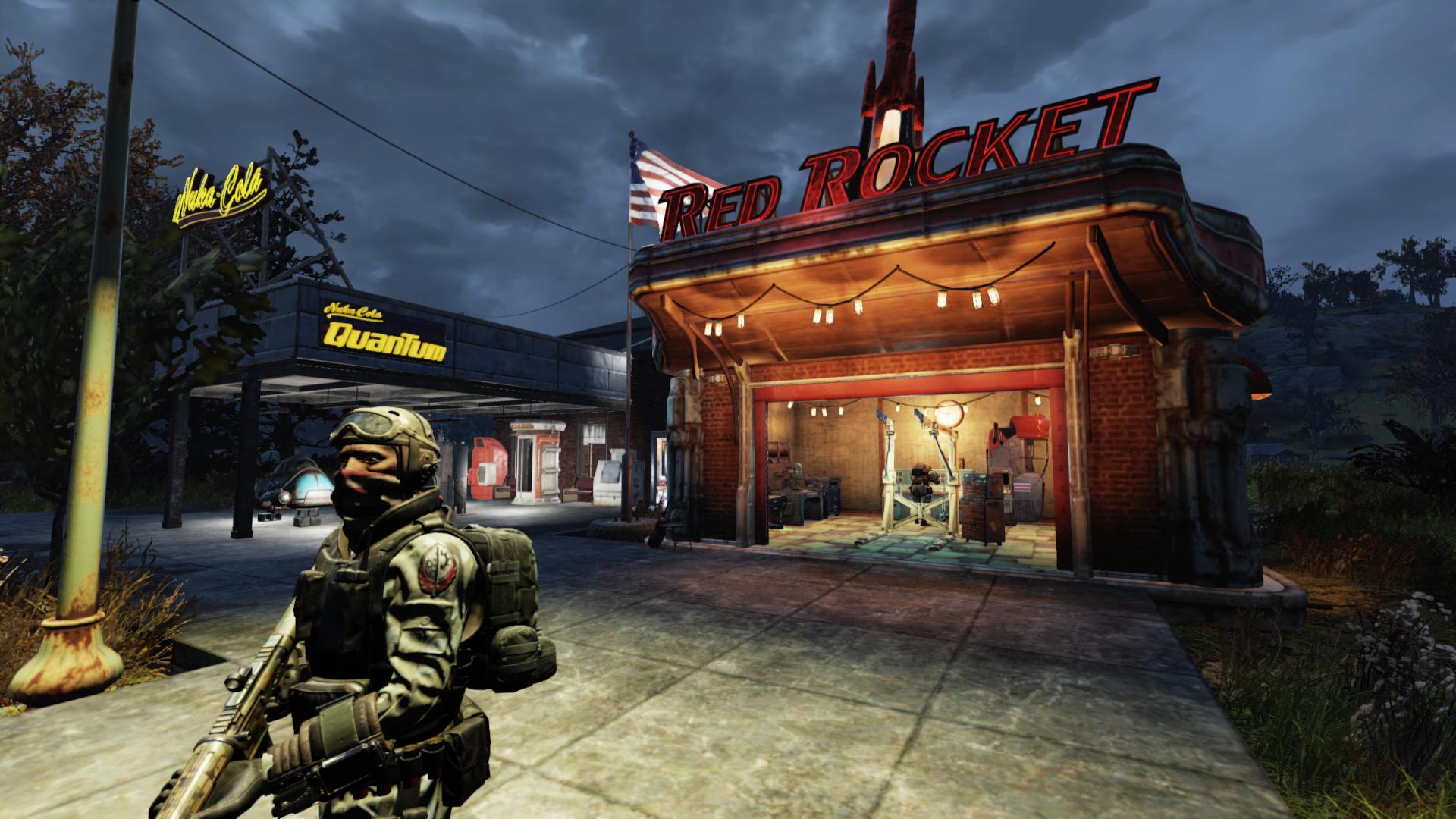 While building my CAMP I began to notice that there were a ton of gas station related items. There are items like, cigarette machines, ice machines, milk machine, ashtray, nuka-cola machine, news stands, dumpsters, gas price signage and many more. Because of this I started to create my own version of (red rocket) gas station in the wasteland.

Here are a bunch of gas station CAMP tutorial videos to check out: